9 Most important rules for warding to take your game to the next level and boost your MMR.

DOTA 2 is a game of information, and such the team with more of it has a better likelihood of winning. Knowing what the enemy is up to makes coordinating your team easier. Thus, any objective may be taken with less risk or potentially win you the game straight up. This is the 2nd part of our warding guide where we will be focusing on why we ward, as well as the best practice to do so. To learn where and when to place wards check out part 1 of this guide, Wards in DOTA 2 and where to place them. In our first guide we mentioned the best wards and described how to use them. For the more advanced players that want to understand the fundamentals  we will explain the theory behind it. Here are 9 Rules of warding to step up your game and boost your MMR.

offer vision in a 1400 radius and are invisible. Placing them on cliffs and hills will give you the most possible vision (elevated terrain = flying vision) but they also become easier to find. Ever since they have become free to purchase, anyone can take them and doesn’t need to rely on supports to roam around the map just to place wards (and feed while doing so). Observer wards also offer a hefty bounty to the player that reveals it therefore baiting with an observer ward is also possible. Support players often risk a lot just to clear wards. Knowing that you can set up an ambush and use that momentum to take objectives by forcing favourable fights with greater numbers.

Placing wards should generally always be done outside of enemy vision. It’s never possible to fully know where the enemy has and doesn’t have vision but it’s a good rule of thumb to keep certain rules in mind. These rules are not hard-set in stone but knowing the fundamentals will improve your game in the long term. Learning these rules will naturally make you better at warding, dewarding, playing the map and stop you from making inadvertent mistakes.

The 1st rule of warding is something commonly seen in lower brackets of Dota. This may be a bit broad, but in general, if you don’t have vision up-hill chances are the enemy has vision of you down-hill. This is a very common mistake when intending to ward around the mid lane. The mid lane is often going to be well covered in wards. As the mid laner usually sets the tempo for the early to mid game period.  Him being exposed makes your team vulnerable and thus it’s important to keep him safe during that period of time. The opponent will do the same, thus it’s important to place wards in a safe manner.

Walking up hills into the fog-of-war is also a common mistake where the pos5 will just walk into 2-3 enemies and feed.

Let’s be honest here, most support heroes are weak as hell. Crystal Maiden, Lion, Winter Wyvern and such all have terrible movement speed as well as basically no Health Points to speak off. Them running into an enemy will most likely result in them dying without having obtained anything of value. This is why it’s really important to play around your core heroes. While warding you will be protected by them and may even get a kill on a lone enemy support that did not heed to this rule.

This may not be as much of a rules of warding, but rather a good tip. This is probably the most obvious way of knowing someone warded. Walking up to a common ward spot, stopping, and the turning around to walk back is a clear-tell sign of „Hey I just warded here“. What you want to do is click near the ward spot, shift-queue placing the ward, and then keep walking in that direction. Unless someone was closely paying attention to your inventory they will be none-the-wiser about your warding adventure.

4th: Use Smoke of Deceit

No matter if you follow the other rules of warding, if you are seen your ward will die. Smoke lets you move while completely out of ward vision. Whenever you ping your teammates to group up and smoke, make sure you carry 1 or 2 Observer wards on your hero. This is especially crucial when doing a night smoke because smoke will break at 1025 vision and most heroes have night vision of 800. Placing a ward the moment your smoke breaks gives you a small window to spot the enemy and initiate on them. Do not smoke at night unless you have either vision of the enemy, or wards in your inventory ready to go! The only exception would be when playing with either Slark or Night stalker as they have 1800 night vision.

When your safelane is going fine, consider pulling the small camp at 4:45 and then after getting the bounty rune smoke up and run towards mid to place a ward. Wards placed under a smoke are rarely ever going to get found and can provide crucial vision at all stages of the game.

5th: Do not replace destroyed wards.

One of the most important rules of warding. When your cliff ward gets dewarded, do not go there placing another ward. This ward has a much higher chance of getting dewarded because the opponent already knows that you prefer having vision around that area. Place a sentry in a way that it gives true sight over the area you want to deward, check the high ground with either spells, summons or even your courier. Once you are sure the area is clean, place an observer ward. Use your own sentry as a guide. If the enemy places their sentry at the same place, where will my Observer ward be safe.

When ganking supports often place sentries without thinking of their true cost. Dust of Appearance exists and should be used for the purpose of revealing units that you have prior knowledge off. Unless the enemy has an item to dispel it, go with the dust. Use sentry wards to either clear areas of enemy wards, or hold points of interest from invisible heroes. When playing against heroes with dispels (Slark’s Shadow pact, Eul’s scepter, BKB) use a sentry ward unless you know the enemy dispel is on cooldown. 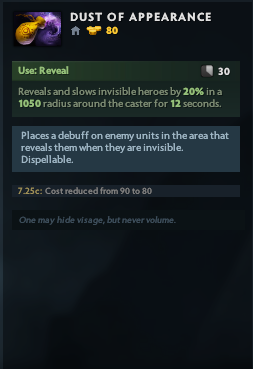 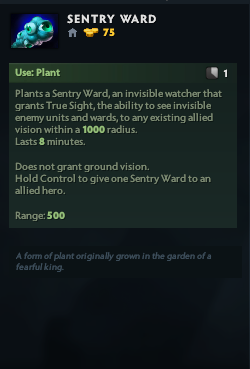 7th: Understand the value of vision.

Having vision means nothing if you don’t know how to use it. Vision means information. Interpreting that information is how you make use of it.

Example: Your lanes are pushed out. You have vision of the enemy jungle, but none of the opponents are showing. Chances are the enemy is playing around you jungle area, or taking Roshan. 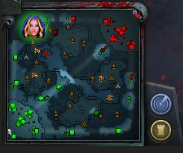 Your lanes are pushed out, use this information. Smoke and place deep wards. Take roshan. If the enemy isn’t reacting, they may be smoking onto you. Wait for them on high-ground and turn the fight.

Example 2: Your lanes are pushed out. You have vision of both jungles. Chances are the enemy is 5 man smoked and itching for a kill.

Example 3: Lanes are pushed into your team, you have no vision around the map. The enemy line-up has heroes such as Templar Assassin, Huskar or Ursa. There is a very high chance they are taking Rosh. You have 3 options: 1st, scout Rosh with a long range spell (Powershot, Sacred arrow, Rocket Flare, Ice path). 2nd, send in your courier (with haste/shield) into Rosh pit to give vision. Losing the courier is not ideal, but way better than not knowing what the enemy is up to and letting them get a free Aegis. 3rd, Use a smoke of deceit and take Rosh with your team (if you can), or use the smoke to attain vision of that area. 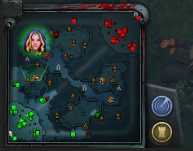 Your lanes are pushed in, it’s dangerous to go out alone. Fix the lanes and play with your team. Establish defensive wards. Ask yourself: “Are the enemies capable of taking Roshan?”

Creeps are free, short duration, mobile, wards. If all your lanes are pushed in, your map is dark. If you push all your lanes out, you will get a lot of information. When you aren’t able to place wards, then use the creeps for concepts talked about in rules of warding. Here are some typical examples:

Example 1: Lane is pushed out, the enemy rotates to defend the tower and farm creeps. You now know where 1 of the opponents is, and can make rotations according to that.

Example 2: Lane is pushed out on top, someone teleports in. You teleport bottom to your team and take a 5v4 fight.

Example 3: Lane is pushed in bottom. Opponent teleports in hoping to defend their tower and farm creeps. You know they can’t contest you from doing Roshan.

Example 4: Lanes are pushed out, creeps are hitting towers but nobody is defending. The enemy is most likely smoked or trying to sneak Roshan.

Example 5: Lanes are pushed in, you have no vision, the enemy can do whatever they want. Push the lanes! It’s free vision!

The more you think of scenarios like this, the more your MMR will improve and with time you will get faster and faster doing so.

9th: Be aware of objectives.

This is less about rules of warding and more about knowing how to play the map. Most games of dota follow the same dynamic. Both teams want to invade the enemy jungle, ascertain dominance over that area. Push the opposing safe-lane and farm jungle until they hit their item timings. Wards should be placed in accordance with this rule. Radiant favours playing the dire jungle, and Dire favours playing the Radiant jungle. This is where the infamous „Radiant advantage“ comes in. Radiant will naturally control the top half of the map, which houses Roshan. Valve has tried to remedy this by placing both Ancient camps in the bottom half of the map.

With this explained, let’s look at ward vision. Radiant will ward aggressively in Dire jungle, and Dire will ward aggressively in Radiant jungle. When going to place a ward in your own jungle Always use a smoke with your team. The likelihood of a successful play in your own jungle is way higher by using a smoke. This is where you abuse the enemy wards towards your advantage. Place wards at the jungle’s entrances or in defensive positions. The former will allow you to predict incoming ganks, or set them up on lone farmers. The latter will enable you to take better fights when by showing you the vulnerable back line of your opponent. 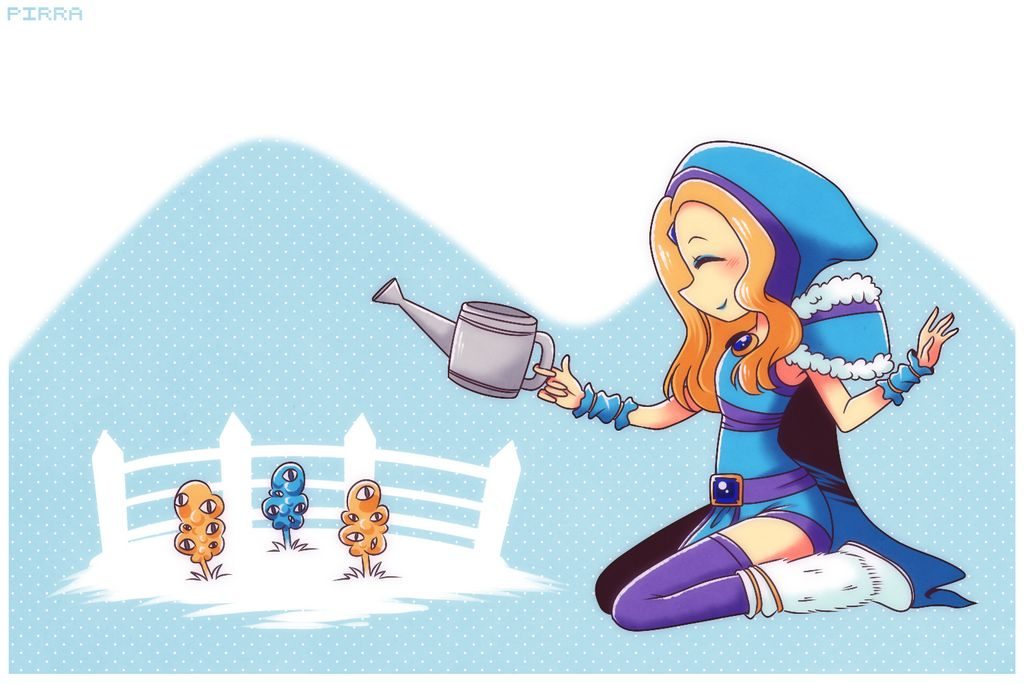 Why do we ward?

Wards are merely a tool for a greater concept. That concept is Map awareness. In a game in which you have full vision of all your opponents you will never die. Wards give you the power to know where they are and where they are not. By process of elimination you can make an educated guess what they are up to and plan accordingly to punish them for it.

To improve one can think about warding spots, watch a high MMR game with professional players or use the Interactive map in your browser to test out ideas.

In case you want to learn more about warding and other game aspects check out our dota 2 coaching service.